It's Time To End the Two Party System

We need a strong third party - an alternative to the Democrats and Republicans - that is focused on solutions, not ideology and not the special interests.

Over 60% of American Voters Want A Third Party

Independent voters significantly outnumber registered Democrats and Republicans, and over 70% of independents want a third party and an end to the two party system.

Over the last 20 years, the two party system has become more polarized as extremists in the Democratic and Republican parties have gained power. Meanwhile, the two parties are less effective - unless its for special interest groups.

Reform Party Founded on Returning Power to the People

Founded following the independent campaign of Ross Perot, the Reform Party is based on identifying solutions to problems and not focusing on ideology or extremist factions.

America is Stuck in the Two Party System Doom Loop

The problems of growing partisanship, extremism and ineffective government have become too severe to ignore.

The United States has entered into a terrible loop of political polarization that is increasing the power of extremists in both the Democratic and Republican parties, while simultaneously reducing the effectiveness of government for the majority of the people.

The two party system no longer functions, because the Democrats and Republicans have placed party power, political celebrity, and personal wealth above the common good and best interests of the nation.

Over time, our political system has entered what has been called the "doom loop" - a vicious cycle wherein elected lawmakers act less and less in the best interests of the people.

With Democrats and Republicans increasingly supporting smaller numbers of special interest groups and wealthy donors, more and more American voters have stopped being Democrats or Republicans. As a result, Democratic and Republican party primaries often elect more extremist candidates as well as candidates that do not believe they have to support their entire constituency - just their targeted support group.

Since Democrats and Republicans are focused on maintaining power, they have rigged the game to ensure the system mainly reflects their two parties - freezing out competition that could break their grip on power.

Every election cycle, voters find themselves having to decide between only two horrible choices and voting for the lesser of two evils. After the election is over, voters increasingly feel as if their elected representatives no longer work for them and no longer seek out compromise or to work with the other side.

The truth is - our "doom loop" keeps getting worse. Politicians have become incredibly divided and polarized over the last 20 years - often resorting to highly inflammatory rhetoric, threats and personal attacks against their opponents. The negativity keeps growing.

Meanwhile, productivity on issues important to voters has largely stalled. Instead of working to solve problems or address important issues, politicians push only extreme bills and then fundraise following their failure - blaming the other party.

In the "doom loop" we are now living in - the two party system does not function for the people. Each side treats the other as evil and immoral. Propaganda is treated as fact. All of which leads to ineffective government and policies that benefit the few, and not the many.

Democrats and Republicans love to brainwash voters into believing that only the two party system should exist. But we own this country, not them and not their special interest groups.

Here are three important steps every American voter who wants to end the two party system can take to restore integrity and effectiveness to our government - and bring about the right amount of competition in our elections.

Step 1: Get Involved in the Reform Party

Joining the Reform Party gives you an opportunity to shape and support ideas for the future. 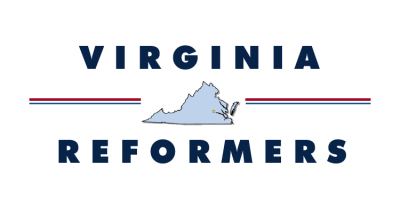 "Polarization has only benefitted special interests groups and the wealthiest Americans. The more extreme the two party system becomes, the greater our disparity in income and wealth. Just think about it - the two party system has spent over $80 trillion in 20 years, and yet our education, infrastructure and healthcare have declined. We must break the doom loop."

We need good people, like you, who care about this country to join up and help us recruit candidates and make a difference.

Here are some of our latest articles on the Reform Party, election reform and other important topics.