The Reform Party of Virginia is appalled at the gross distortion of the Virginia Beach Republican Party in its attempts to articulate its position in the gun control debate, and its opposition to the actions of student protesters across the country.

The picture and caption posted (see screen shot below), suggests that Jewish support for gun control in Nazi Germany lead to their deaths in the holocaust at the hands of the Nazis. 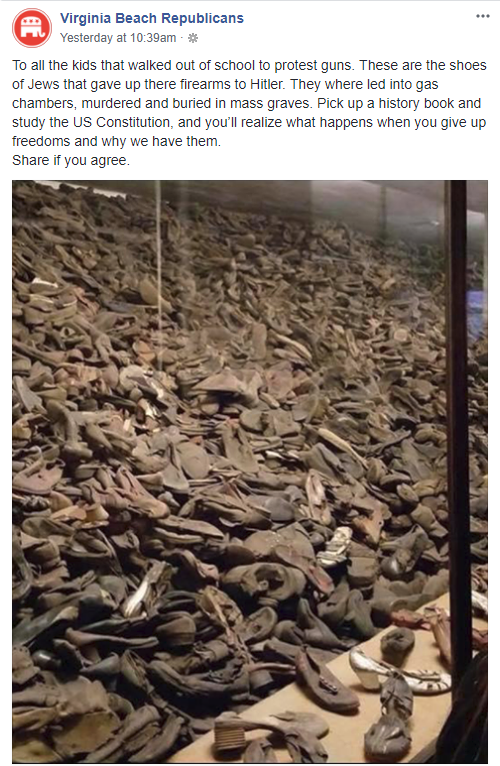 “I cannot think of a more despicable post in an attempt to win an argument on any issue,” said Virginia Reform Party Chairman, Michael Hackmer. “Not only is this a grossly inaccurate interpretation of history, but even the suggestion that Jewish support for gun control in Germany, or any kind of gun ban in Germany, somehow contributed to the deaths of millions of Jews, and millions across Europe, defies rational thought.”

Hackmer also said, “Given the growing tendency of both the Democrats and Republicans to use inflammatory rhetoric, distortions, and lies in an attempt to influence voters, the Reform Party does not believe this meets the expectation of voters. Voters want our political leaders to work towards thoughtful dialogue, and develop solutions that can advance society. This hateful rhetoric needs to stop.”

“What a shameful, inaccurate, misleading post. Did none of you go to school? And how truly awful to appropriate a tragic time in history for your own political aggrandizement” – K. Jones

“I live in nearby Norfolk. This post makes me physically nauseous. Who put this here? Does this page have no editors?” – A. Richardson

“This post is absolutely disgusting. Aside from being fraught with bad grammar and misspellings, you have misrepresented not only the Holocaust, but the intentions of the recent protests.” – M. Scott

The Reform Party of Virginia requests that the Virginia Beach Republicans immediately remove this post, and issue a public apology.

“There are many good, intelligent, and rational ideas from all sides on the issue of gun violence,” noted Hackmer. “This kind of political tactic, used just as frequently by the Democrats as it is the Republicans, is exactly why voters believe the two parties no longer represent their best interests or this country.” 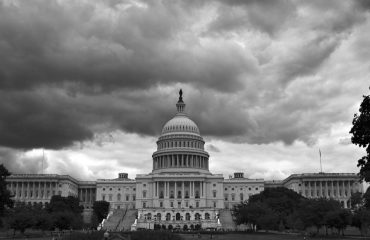