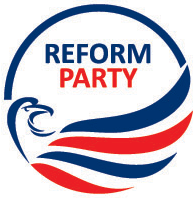 As the Republicans scramble to try to take back the House and Senate they are now talking about another ‘Contract With America’.

What the Republicans don’t like to talk about is the fact that The Perot Voter wrote the first ‘Contract With America’, which came directly out of Ross Perot’s Book United We Stand. While we offered it to both major parties, it was Newt Gingrich and Dick Armey that took it and pretended it was the Repbadopted it as their own.

Today the Republicans more than ever need a Contract With America II. While The Perot Voter would be more than happy to write another Contract With America, the sad truth is it’s not a new contract that is needed, it is a party that is willing to not only talk the talk but actually implement it. The Republicans failed to honor the Contract, and because of it, they lost the House, the Senate and the Presidency. It is not the Republicans, nor the Democrats, that have the will to fulfill that contract.

The Perot Voter in 92 realized that we as a nation needed to:
1. Balance the Budget.
2. Put together carefully laid out plans to save Social Security and Medicare.
3. Put together trade agreements that result in trade surpluses and not historic trade deficits.
4. Term Limits. End Negative Campaigning.
5. Set the Highest Moral and Ethical Standards for the Nation.
6. Put together a carefully laid out plan to solve our Nation’s Health Care crisis.
7. Eliminate Paid Lobbyists Foreign and Domestic
8. Carefully pass legislation that is in the Best Interest of the Entire Nation.
9. Hold our Elected Officials Accountable.
10. Pass Legislation that is Flexible.

The Reform Party is still here to serve the nation, and the problems are greater than ever.

The last time, the Republicans gave us lip service and proved that they would not follow through. This time, we know better. The Reform Party will take the Contract with America back, and we will keep our promises to the nation. With a national debt of 12.4 Trillion Dollars and the impending bankruptcy of Social Security, Medicare, Medicaid and Medicaid part D, we are more than willing answer the call to provide workable solutions to the problems that threaten this great country.

Hans Geisholt is one of the many dedicated Americans who had a direct role in founding the Reform Party and worked as a staffer in the California State Assembly for Reform Party legistlator Dominic Cortese.