We see the job losses increasing. Now is the time to take bold action.

Locally, in my town of Ashburn, Virginia, Ford’s Fish Shack announced it was laying off 155 hourly workers. They had a 90% drop in revenue, and are now fighting for survival.

They are not alone.

More restaurants and businesses all over town, all over Virginia and all over America are facing similar situations.

Yesterday, the U.S. Department of Labor announced that new claims for jobless benefits increased by 70,000 from last week (281,000 from 211,000). Experts were expecting only an increase of 10,000 jobless claims across the country. Next week, the numbers will be worse.

In fact, some initial thoughts were we could see jobless claims hit 500,000. But that number quickly changed and some predicted jobless claims could actually surpass 1 million next week – as states like Connecticut, Ohio and Pennsylvania are reporting claims 6 to 14 times the same rate last year. Today, I read an article saying the number could reach 2 million.

This does not surprise me.

A friend of mine in Virginia wrote the other day that there were 857 callers waiting for an unemployment phone representative. Filing an unemployment claim had an estimated 2-hour wait time yesterday in Virginia, which has weathered past economic challenges fairly well. Meanwhile, other states actually saw their unemployment networks collapse under the strain of filings.

Bank of America released a report today that expects the unemployment rate to nearly double. Job losses are expected at 1 million or more per month for the next few months. But those estimates appear to be a gross underestimate.

In short, we are currently in a recession and headed for a serious depression.

There needs to be aggressive action, and it needs to be focused on individuals and small businesses, not big corporations and banks.

But what does the Trump administration and Congress have planned for us?

Today, the Trump administration announced it was moving the day we need to pay taxes from April 15 to July 15. How… thoughtful (yes, I’m being sarcastic).

The administration on Wednesday outlined a $1 trillion plan, which includes $500 billion in cash payments to individual Americans and $300 billion toward helping small businesses, as well as $50 billion for airlines and $150 billion for other affected sectors.

Based on published reports, each American will receive 2 x $1,000 checks from the government. Families with children will receive a few hundreds dollars more. But not ALL Americans will receive financial relief – just those defined as middle class, which Congress will decide based on income.

Small business will get to take out loans, which they will have to pay back. There may be some grants.

When you consider the massive job losses that appear likely, daily expenses, bills and unforeseen expenses, do you think $1,000 or $2,000 will cut it?

Not likely – though politicians may stick with the “something is better than nothing” approach.

The truth of the matter is that this proposed stimulus and changing tax day will do nothing to slow the economic collapse we are about to experience – indeed – the collapse many Americans are already experiencing. It will not alter the fates of millions of Americans who fall into desperate times.

As mortgages come due, utility and credit card bills pile up, auto loans go beyond 2 or 3 months – the affect will be a massive spiral into bankruptcy and poverty for – not hundreds of thousands of Americans – but millions of Americans. We could be looking at the largest volume of bankruptcy filings in our nation’s history. We know this is likely, because most of these Americans were living paycheck to paycheck as it was.

Now is NOT the time for half-measures and old ideas.

Now is NOT the time for a revolution.

Now is the time for a commitment from our government.

Now is the time our politicians put we, the people, first.

The government needs to take rapid action and do the following:

Suspend all mortgage, rent, credit card and utility payments for 90 days. This includes personal and commercial obligations. This will not cancel debts, but it will suspend them to provide financial relief.

Provide a $10,000 technology investment package for profitable businesses created within the last 2 years to be used to improve operations. $3,000 for start-ups that can meet a criteria for a successful business to be established by the Small Business Administration.

Eliminate all income tax payments for employees of new businesses (businesses created within the last 3 years or over the next year) for the last tax year (which are due now on July 15, 2020) and the upcoming tax year.

As a supplement to this proposed investment in the American people, we also propose that Congress and President Trump address a few critical pieces of healthcare legislation to ensure individuals and small business have options for care during the economic downturn and for the future, such as:

Provide a $100,000 investment package for new healthcare businesses that are created in 2020. This includes concierge healthcare providers and urgent care providers that decide to expand operations and offer supplemental insurance coverage with hospital and laboratory partners.

Restrict hospital negotiating rates with new healthcare providers, (any company formed within the last 3 years and over the next year) or existing concierge healthcare providers or urgent care providers to keep reimbursement costs for services as no higher than 10% of the maximum allowed by Medicare for the same or equivalent service. Hospitals that are 7% or lower on costs, we will receive the difference between the number they achieve and the 10% maximum. The reimbursement must be used equally between salaries for nurses and medical support staff and purchases of medical equipment.

The above solutions represent a significant departure from how our government is approaching our situation now, or how they have approached significant economic challenges in the past.

Instead of offering small tax incentives, payments or loans, these steps represent an investment in the American people and in small businesses. What’s more, they take the threat to the lives of tens of millions of Americans very seriously and provide immediate relief where it is needed most.

We must not meekly accept the future our political leaders set for us. We must, as a nation, define what we need to survive.

Each of us needs to demand immediate action before too many of our fellow Americans see lives, their families, their businesses tossed into an economic abyss. 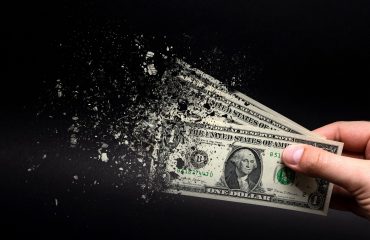 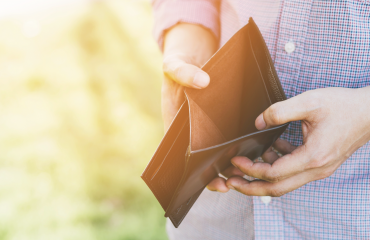 4 Comments to “ Time To Put the People First: A Reform Party Solution for America’s Economic Recovery”