About the Reform Party of Virginia

The Reform Party of Virginia started after H. Ross Perot ran for President in 1992. Since that time the organization has worked hard to promote independent candidates. The RPVA is committed to fielding candidates for public office in 2015 and for all state and federal offices in 2016.

Michael Hackmer is the Chairman of the Reform Party of Virginia. As chair, his role is to organize and lead Party activities, recruit candidates and members, and lay out the strategic and tactical operations of the organization. Hackmer resides in Ashburn, Virginia, with his daughter. As a single father to a teenage girl, he understands many of the challenges families are experiencing today. In addition to his political work, Hackmer runs a marketing firm in northern Virginia, is a co-founder of the Loudoun County Field Hockey League, and an advocate for education reform.
Contact Michael Hackmer at: mhackmer@reformpartyva.org 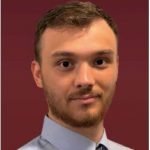 Alistair Watson is the Secretary and Co-Treasurer of the Reform Party of Virginia. Watson was born in Arlington, VA.
Contact Alistair Watson at: awatson@reformpartyva.org